RICHARD CHICHAKLI FILES HIS GROUNDS FOR A NEW TRIAL 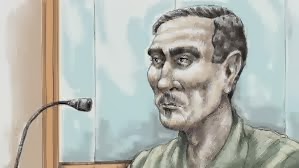 Standby counsel for Pro Se convicted defendant Richard Chichkali has filed his client's Memorandum of Law in support of his Motion for a New Trial. Chichakli asserts that there was insufficient evidence to convict him on any of the counts. His specific allegations:

(1) There was no evidence of an overall IEEPA conspiracy.

(2) He did not participate in an unlawful activity, and did not cause anyone to send funds. Therefore, he is not guilty of money laundering.

(3) There was no Wire Fraud conspiracy, as he was not a member of any conspiracy.

(4) There was no Wire Fraud; no such scheme existed, and even if one existed, he was not part of such scheme.

(5) He should be granted a new trial, in the interests of justice, because he was not prepared for trial, due to illness, and incomplete access to Discovery. His counsel has detailed both of these issues; he did object to the trial, but the defendant reportedly advised that he wanted to proceed.

(6) He was denied the ability to call two expert witnesses.

(7) The Indictment failed to charge an offense; it was defective.

Chichakli has requested, in the alternative, the following relief:

(A) A judgment of Acquittal, overturning the jury verdict.

(B) That a New Trial be granted.

(C) That a Stay of Judgment be entered by the Court.

The defendant cannot appeal his conviction until the Court rules on his post-trial motions.