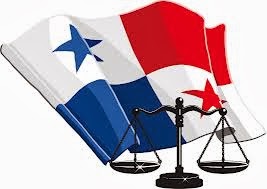 Desperate to raise funds to cover the record budget shortfall, the Republic of Panama has passed, and reportedly immediately implemented, a two per cent tax on foreign profits of Panama-based companies. I do not know whether the Martinelli Administration has thought this out, but the Panamanian  economy could take a major hit because of this heavy-handed approach, taxing their offshore companies out of existence.

Panama City accountants, who have been contacting their corporate clients.and notifying them of this new legislation, advise that the Ministry of Taxation is demanding compliance forthwith. The most disturbing aspect of this law is that the Ministry is counting all funds repatriated to Panama in the calculation of the tax, which totally ignores the fact that many foreign companies wire funds into their panama accounts to cover overhead and operating costs, and this is not profit, as the term is commonly defined. The taxing authority is, frankly, looking to exploit foreign companies.

This new tax law abolishes Panama's existing legislation, whereby foreign profits of a Panama company are not subject to income taxation. It will effectively destroy Panama as an offshore financial center, in short order, unless repealed. You may recall that a similar law passed during as holiday period recently was quickly amended, where provisions added amounted to a repeal. Unless this new tax law is scrapped, expect a major disruption in the country's thriving offshore industry, major layoffs of staff, and efforts of foreign companies to close down their operation.