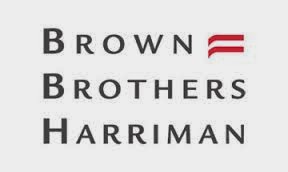 Brown Brothers, Harriman & Co. (BBH),  reportedly the oldest American investment bank and securities firm, has been fined a record $8m, by the Financial Industry Regulatory Authority, for major AML compliance failures. Furthermore, its former global AML compliance officer was fined $25,000, and suspended for a period of 30 days, during which period he cannot associate himself with any FINRA member, in any capacity.

The FINRA findings of fact and conclusions*, which were consented to by BBH, and which I urge you to read, were scathing:

(1) There was a failure to have an adequate AML program in place to monitor and detect suspicious transactions.

(2) There was a failure to sufficiently investigate potentially suspicious activity, and to file SARs.

(3) There was no adequate system to prevent the sale and distribution of unregistered securities.

(A) More than one billion shares of stock were sold, on behalf of undisclosed customers of foreign banks located in known bank secrecy jurisdictions.

(B) Securities were sold, without reference to whether they were registered with the SEC, or were exempt from registration.

(C) Sales for customers who appeared to be engaging in securities fraud were processed.

I practiced securities law in my youth, and these actions were outrageous. I wonder why there was no indictment filed against the company.

(A) There was no AML program testing.

(B) There was no real AML training of staff.

(C) Effective independent audit of AML programs appears to have been evaded.

(D) Customers whom BBH could no longer do business with changed their corporate name, and then proceeded to renew their business relationship with BBH, as there was no tracking program in place to identify such customers.

In accordance with SEC practice, BBH neither admitted nor denied the factual allegations, but it did execute the Letter of Acceptance, Waiver & Consent. I leave it to you to judge if this constitutes an admission in your mind.

I cannot understand how the BBH compliance officer, who is experienced and well-respected in the compliance field, and whom your writer has spoken to at conferences and seminars, could have failed to see these shortcomings, and I can only conclude that senior management engaged in these illegal policies, over his objections. The extent of AML and securities violations indicate a corporate culture bent on totally disregarding all best practices compliance policies and procedures. I leave it to others to adjudge whether compliance malpractice was committed here. Should he not have resigned when BBH failed to implement his recommendations ? Do you have the strength to do so if this happened to you ?

This is not the first time that regulatory agencies have found anti-money laundering compliance problems. In 2007, State of New York regulators ordered BBH to implement and maintain an effective program for AML compliance. The compliance officer sanctioned by FINRA came on board shortly before the regulatory demands on AML, but the FINRA report alleges systemic failures over the past several years. The FINRA report notes that the compliance officer is presently with an affiliated company, but does not disclose its identity.

My 2007 article about the BBH AML deficiencies, which reminded the readers that the firm had prior issues, dating back to reported Trading with the Enemy Act violations, during the Second World War, involving businesses in Nazi Germany, was apparently not well received at Brown Brothers Harriman, for its representatives complained about its inclusion, and relevance to present day compliance. All prior misconduct is relevant, when regulators weigh the level of civil fines and penalties, and whether there actually was a good-faith effort to comply with the law.