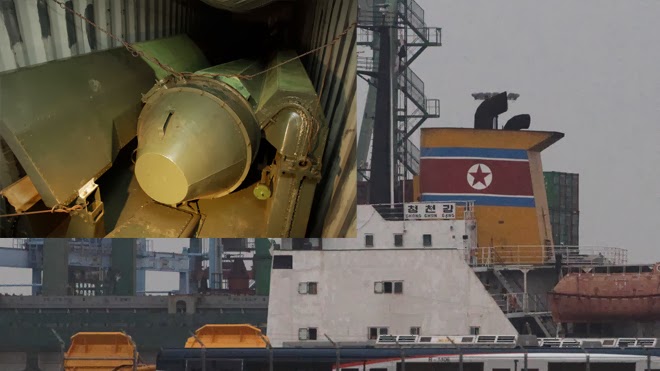 Do you know how the Second World War actually started, in September 1939 ? Nazi Germany fabricated a bogus attack, by Polish forces, on a German border fort, as an excuse for the initial German invasion.  The news this week, to the effect that the Government of Panama will be releasing 32 of the 35 North Korean crew members, from the freighter that attempted to transit the Panama Canal with arms and aircraft from Cuba, reminds us that details of the underlying Venezuelan "invasion" plot has never been adequately disclosed to the public.

As I explained in a prior article*, the Cuban fighter aircraft, and other military equipment seized by Panama, was never destined for North Korea, as was publicly stated by both North Korea and Cuba. In truth and in fact, they were to be delivered, covertly, in Ecuador, to subsequently participate in a well-orchestrated "raid" upon Venezuelan territory, with the blame to be placed at the feet of the Venezuelan Opposition, whose members would thereafter be decimated by a massive law enforcement response. The Ecuadorian Government, allied with the Maduro administration, was supposed to support the covert plan. The contrived air raid, which was dreamed up by the Maduro regime, in order to retain power, would thereafter remain in office, by conducting actions against the Opposition, utterly destroying it.

Of course, the plan was never implemented, since Panama seized the vessel. Since the disclosure of the plot might have brought down the Maduro government, one wonders why the story remains in the shadows.