IS THE N.S.A. NOW READING ALL COMPLIANCE MAILS ? 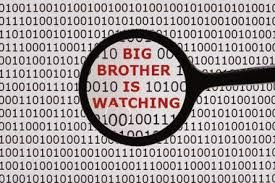 This week's most troubling disclosure in the never-ending NSA scandal: The revelation  that the emails of a major Chicago law firm were being intercepted, by the NSA's Australian intelligence counterpart, and forwarded to the National Security Agency, to be passed along to certain undisclosed US Government agencies. Was this an investigation of suspected  international terrorists ? Not hardly; it was business intelligence, having to do with international trade competition between Indonesian companies, and American firms.

Apparently the NSA's mandate, to protect America from terrorism, is loose enough to drive a truck through. The communications, between the American lawyers and their Indonesian clients, are certainly  protected by the well-settled principle of attorney-client privilege, but NSA attorneys reportedly found a way around that foundation of American jurisprudence, to allow their agency to deliver the economic intelligence to its "consumers."

Now, if something as sacred as the attorney-client privilege can be disregarded, since the end justifies the means in the intelligence business, then do you really believe that your compliance communications, received from information sources in countries where the United States has a compelling interest, are not also being monitored ? This means that, should you be conducting an Enhanced Due Diligence investigation, upon a target that you later clear for an account relationship, but in which the United States regards as a person of interest for counter-terrorism purposes, your emails may be picked up, and passed on to an American agency for investigative purposes. You own emails could be later used as evidence against you, if you onboard the client; imagine that.

In plain English, should you fail to reject a client who is later taken into custody, or charged with terrorist financing, you ( or your bank) may incur liability, all because of the information you received from an overseas source. which was monitored. This means your margin for error, as a compliance officer, just became much smaller. You cannot afford any mistakes, ladies and gentlemen, because Big Brother is watching your compliance email traffic. Govern yourselves accordingly, please, for it is a Brave New World, out there in cyberspace.