DID HSBCs CLOSING OF ITS AML CENTER ACCELERATE THE IMPOSITION OF MAJOR SANCTIONS ? 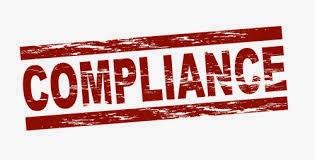 As regular readers of this blog may recall, I reported, two years ago, on the closure of HSBCs regional anti-money laundering center, which had a staff of 77. Less than six months later, US regulators levied massive civil fines and penalties upon the bank. Was there a connection ?

Assuming that HSBC was aware of the rumors about an impending regulatory action against it, why did it, very publicly, announce the closure of its Buffalo regional AML center ? Such an announcement was certain to be sen by the very regulators who were investigating the bank's AML deficiencies. That action may have agitated regulators into accelerating their investigation. One wonders whether this was considered.

The takeaway here is that, if there is the slightest possibility that regulatory agencies, or law enforcement, are investigating your bank, or NBFI, the last thing that you want to do is tweak the nose of that agency, by reducing your anti-money laundering capability. Regulators are people too, and therefore only human, and may take offense to your penny-wise and pound-foolish approach to compliance.
Posted by Kenneth Rijock at Friday, February 21, 2014