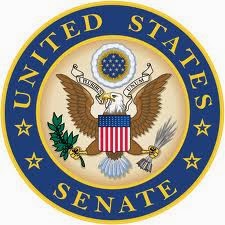 The US Senate Subcommittee on Investigations yesterday released a 175-page report on the efforts of Credit Suisse bankers to aid and abet US taxpayers in hiding billions of dollars. Entitled Offshore Tax Evasion, the report details the organized efforts of Credit Suisse bankers, in pursuing, and landing, the accounts of wealthy Americans bent on cheating the taxman of their millions.

The activities of the Swiss bankers enumerated are textbook money laundering:

(2) Bringing cash to the US, for their clients, or picking up cash, to be circuitously placed in their hidden Swiss accounts.

(3) Advising clients on securities investments, in violation of US Securities laws.

(5) Classifying US taxpayers as non-US, for reporting purposes.

(6) Carrying on a variety of acts, to facilitate client evasion of US taxes, reporting requirements, and filing obligations.

Was their conduct as bad as that exposed earlier, by US authorities, regarding UBS ? It was, in my humble opinion, worse, if even a part of the report is to be believed.

However, these sins and transgressions pale before the reprehensible and dilatory conduct of Swiss Government authorities, who have flat-out obstructed American efforts to obtain the names of US taxpayers that 14 Swiss banks assisted in tax evasion, since 2011. The Swiss have pulled every stunt imaginable to drag out the proceedings, interpose government between themselves and their guilty banks, and ignore 33 American arrest warrants for Swiss bankers. They have derailed all American efforts to move the investigations forward, delayed and deceived the Department of Justice, and in general, succeeded in totally frustrating American efforts.

Perhaps it is time for the US Department of Justice to take of the gloves, and get tough with Swiss Government officials; otherwise the investigations will continue to wither on the vine. Only one of the 14 Swiss banks under criminal investigation has been indicted, seven years later. Someone in a leadership role at DOJ needs to step up on this; enough is enough.

Some international bankers, after reading this report, may decide to raise Country Risk for Switzerland, for if the banks and the Swiss Government will do this to the US, what will they do to your bank, or have they done it already ?
Posted by Kenneth Rijock at Wednesday, February 26, 2014