WHY IS OFAC SO LATE TO THE PARTY IN THE TURKISH-IRANIAN SANCTIONS EVASION SCANDAL ? 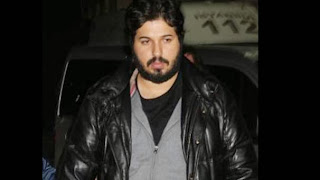 His name is Reza Zarrab, though he has been known by a number of aliases*, A prominent Iranian businessman who secured Turkish nationality by allegedly paying bribes to senior immigration officials, he was arrested on December 21 in Turkey, and charged with a number of serious offenses. Why is this important to Western bankers ? He may have been the most prominent Iranian money launderer, and facilitator of Iran sanctions evasion, since the United States and other countries imposed widespread sanctions. The question is: why is he not on the OFAC Specially Designated Nationals [SDN] list ?

Turkey is currently embroiled in a major corruption scandal, which reaches into the offices of several of its ministers (three of whom were sacked this week), and even into its Prime Minister, whose son is also reportedly implicated. Three of the sons of sitting ministers have been arrested, together with the CEO of government-owned Halkbank, who had $4.5m, in cash, in a number of currencies, hidden in a shoe box in his home.

Zarrab is accused of: 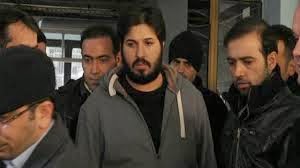 He reportedly operated a sanctions-busting oil-for-gold program estimated to have moved €87bn. The details that have emerged so far:

(A) Turkey wanted to purchase oil and natural gas from Iran, but was prevented by international sanctions from paying for it in cash.

(B) Zarrab, whose father is linked to former Iranian President Ahmadinejad, opened a business for the purchase of gold in Turkey.

(D) Turkish Lira, deposited in Halkbank, was used to purchase gold, which was smuggled into Iran, and also China.

(E) The proceeds from the sale of the gold were used to pay for the energy purchases, thus evading sanctions. Bank Mellat, a sanctioned Iranian Government-controlled bank, was involved.

(F) Bribes were paid to the Turkish Energy Minister, including a $350,000 watch. Some sources claim that the Prime Minister was also a recipient, and that is the reason wht he is opposing the current investigation.

The best that I can determine is that there has been an active investigation since $14.5m and €4m in cash were seized, on December 14, 2011, at Russia's Vnukovo Airport; the couriers were Iranian and
Azeris. Zarrab, while Iranian, is known to be an ethnic Azerbaijani. 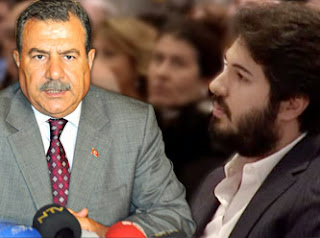 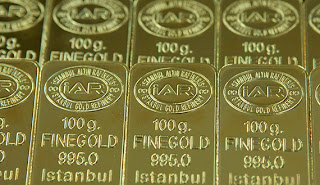