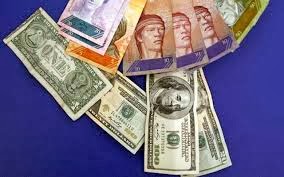 His name is Ramakrishna Vyasulu, a Venezuelan national of Indian extraction, and he was the front man for a trio of wealthy Venezuelans who owned Miami-based Rosemont Financial Corporation. The company serviced Caracas broker-dealers and money service business that profited from the lucrative Venezuelan "Permuta" parallel Dollars-for-Bolivars currency exchange market, which was the largest cash seizure to date in the United States.

Vyasulu offered what are referred to as sub-accounts, whereby the Caracas firms could run their money through his Bank of America accounts, without registering as a money service business, with FinCEN or the State of Florida. In any event, that is what he told his clients; they understood that they operated under his umbrella of protection. Unfortunately, when you trust your financial professional, rather than your attorney, with legal opinions, you make a major error in judgment. Never solicit information on the law from anyone who is not professionally qualified, and competent to render a legal opinion, lest you pay dearly for that mistake later on.

When Vyasulu was stung by the DEA, whose Massachusetts-based agents claimed to be drug traffickers seeking to launder $900,000, not only was he arrested, a Federal Judge froze more than $150m, in two dozen sub-accounts, belonging to his all clients, and their customers. A nightmare for any financial service firm, to say the least, the type of problem that can be fatal to its continued existence, and was for some of the client companies.

Admittedly, Rosemont's clients violated both Federal and Florida law, by failing to register at an MSB, but what happened next was horrific; the US Attorney's Office in Boston demanded, and got, a sizable piece of each customer's seized account, in civil settlement, in settlement negotiations that can only be described as difficult and tedious. The customers' lawyers really had no choice, for to litigate the forfeiture, which would cause further delays, and potentially result in a total loss of their clients' accounts, (which were in the millions of dollars), for the prosecutors were alleging that there was drug money in the accounts. The result was a huge cash settlement for the United States. Was this a just result, and were the settlement amounts not excessive ? You be the judge.

Then, to add insult to injury, the perpetrator of this nightmare, Vyasulu, who assisted US law enforcement, and then cooperated against his former clients, was allowed to plead guilty, and receive a sentence of only one year and a day,* plus two years Supervised Release. He pled guilty to money laundering, and two counts, of aiding and abetting, yet only received an extremely short sentence, as a reward for his Substantial Assistance.

This past summer, Vyasulu's attorney, with the cooperation of the US Attorney, quietly obtained an early termination of his Supervised Release. Instead of the two-year period, It was reduced to one year, which he had already served. There was no announcement in the press; the Caracas brokers who had to agree to surrender huge sums from their seized accounts probably still do not know that Vyasulu did not miss a step, he is now back in Miami, and back at work. Why was he not deported ? 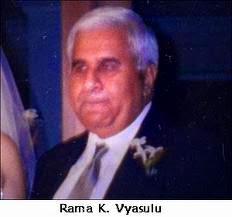