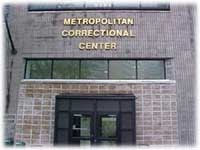 A letter, sent by Marlon Kirton, Richard Chichakli's Stand By legal counsel, to District Judge William Pauley, details what appear to be mistreatment, at the hands of the US Bureau of Prisons, and interference with Chichakli's final trial preparation. The reason for the strict BOP action is not known, nor whether they were intentional and punitive, or merely part of a less than satisfactory correctional program at MCC, but it is unacceptable nevertheless, and may give the defendant some additional appellate issues down the road.

(1) Chichakli, who is being detained at New York's Metropolitan Correctional Center (MCC), claims that he was arbitrarily transferred to the facility's Special Housing Unit (SHU), for some technical violations of BOP rules, which he disputes.

(2) While in the SHU, he states that he was denied access to any of his legal files, for more than a week, and had no access to either the laptop provided for him, nor email. he was also denied access to a large number of documents produced by the Government.

(3) The defendant, according to his counsel, has lost weight, and appears dehydrated. He was not fed the Kosher meals requested for the first three days, and when a Kosher meal did arrive, the food was allegedly spoiled, causing him to become violently ill.

(4) Chichakli was denied access to his religious materials for a week, while in the SHU.

(5) Therefore, Kirton does not feel that, under the circumstances, the defendant is ready for trial, and that he is not able to assist in his defense.

Remember, the Bureau of Prisons treated his nominal co-defendant, and former partner, Viktor Bout, as if he was a terrorist pre-trial, and currently houses him, as a convicted offender, in a special high-security facility which is designed to deny him sufficient communication with the outside world, and which is mainly for terrorists. Bout's trial judge was not happy with the way he was treated, and made her irritation known. Somehow, I see the hand of some other interested party, when an inmate is singled out for treatment which borders on cruel and unusual, without any factual basis.

Chichakli is now getting a strong dose of the same poor treatment, according to the letter sent to the Court by counsel, and it is may be affecting his trial preparation. That is hardly giving him a level playing field, is it not ?