HOW CAN WE DEVELOP MORE COMPETENT MONEY LAUNDERING INVESTIGATORS IN LAW ENFORCEMENT ? 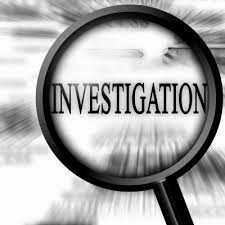 It was an extremely important money laundering investigation: interdicting $300m in US currency, in the hands of corrupt Iraqi PEPs (who had stolen it), that was to travel via vessel, and then overland, to Europe, to be ultimately placed in accounts in Switzerland. The plan was to employ an agent in an undercover capacity, working with  a Cooperating Individual, to effect the seizure en route.

So who did the Federal law enforcement agency assign to the project ? An agent who was a former university sports star, and whose only prior law enforcement experience was as a small-town Deputy Sheriff. He had neither an advanced degree, nor any experience in handling complex money laundering investigations, nor had he handled any prior bulk cash smuggling cases. What's wrong with this picture ?

The rapid expansion of American law enforcement agencies after 9/11, including the creation of new agencies, has resulted into the assignment of agents, to money laundering investigations, that  have neither the education, training or work experience to tackle. Many are former local and state law enforcement, or with military experience, but they generally have no business degrees, have never worked in the financial sector, and are not going to catch the money launderers, or seize the money.

The private sector has qualified human resources, but US Government salaries are so low that those individuals are not going to consider leaving their positions for government service, where they might have to relocate, travel often, and have to deal with a culture that often resists new ideas, all to take a pay cut. Meanwhile, the majority of the Western Hemisphere's money launderers continue to service their criminal clients.