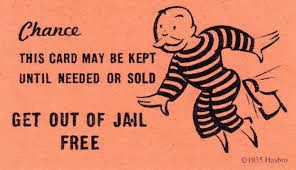 Listen, I get it, the Department of Justice enters into Deferred Prosecution and Non-Prosecution Agreements so as not to hurt innocent third parties, such as bank shareholders, who would take a big financial hit if their bank was indicted. The problem is, DOJ is missing the issue: it is the customer relationship officers, and senior staff who facilitated the money laundering in the first place, for the sake of profit, that must be charged with a crime. To do anything less allows them to do it all over again, somewhere else, or even at the same exact bank, a couple of years later.

Case in point: a major Miami bank, which went through a DPA a couple of years ago, continued to accept and move suspect funds, because there was no deterrent effect on the officers. To add insult to injury, the president of the bank, (who is the son of the owner of the foreign parent bank), continued to keep a dozen files, of "favored clients," in his office, thus denying them to compliance officers. Of course, the bank was caught, again, facilitating the entry into the US banking structure, of suspect funds, but again nobody was charged. The Venezuelan lawyer who was the account holder received immunity from prosecution for his substantial assistance to US law enforcement, and is now opening up a chain of restaurants in the United States. Was justice served ? Was anyone at the bank indicted for their role ? No.

Only when bankers are indicted, in Federal Court, for money laundering, will they think twice about violating anti-money laundering laws. To do anything less, such as a DPA, simply operates as a cash cow for the Department of the Treasury.

Remember this; the principal American banker behind all that dirty Pinochet money, has left banking, and gone on to a successful career in real estate investment. Amazingly, he was never charged with a crime, even though he formed offshore corporations in tax haven jurisdictions, and never disclosed who he was forming those shell companies for, only that they were for a "valued client of the bank." Don't you wonder why he was never indicted ?