IS THE SECRECY IN THE RICHARD CHICHAKLI CASE REALLY ABOUT VIKTOR BOUT'S OTHER ACTIVITIES ? 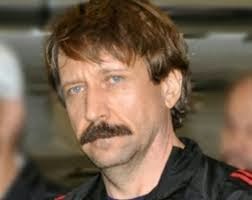 The Court, in the ongoing case in New York District Court against Bout associate, Richard Chichakli, recently* entered a protective order, regarding certain Discovery. Apparently, the US Attorney's Office filed, on October 2, and November 7, two Ex Parte motions, directed to discovery that the prosecutors stated involved classified material that should not be released to Chichakli, pursuant to the Classified Information Procedures Act (CIPA).

The Court, after reviewing the materials In Camera, ruled that:

(1) The classified information in the materials was not discoverable, under Brady v. Maryland, meaning that it does not contain information relevant to either guilt or punishment.

(2) The classified materials were not relevant or helpful to the preparation of the defense, citing United States v. Aref**.

It appears now that there is certain information, which was contained upon Viktor Bout's laptop computer, and seized by DEA at or after his arrest in Thailand, that the United States does not want exposed at trial, strictly on national security grounds. Now, while Viktor Bout thought that he was dealing with agents of the Colombian FARC, in his offer to sell ground-to-air missiles, and other weapons, in truth and in fact, he was selling arms to undercover US law enforcement agents; there were no FARC.

It is therefore doubtful that there was any information, on the laptop, about the FARC, so what else could have been on the hard drive that the US Government is anxious to keep from public view ? The blunt truth is that, to the embarrassment of the US, Mr. Bout, and probably in concert with Mr. Chichakli, performed operations on behalf of certain US Government agencies, in Iraq, and elsewhere. The details of those operations, coming on the heels of disclosures made by a number of whistleblowers this year, might further erode America's standing, and prestige abroad, with even its closest allies. How much work Bout, the co-called "Lord of War" did for the United States, notwithstanding his arms-trafficking reputation, may also reflect poorly on those agencies that engaged his services, when they are already reeling from poor public perception of their ethics and track record.