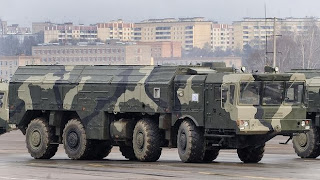 This week's transport, of Russian tactical Iskander-M missiles, into its Kaliningrad exclave, serves not only to increase the risk of accidental war in Eastern Europe, but to raise Country Risk in Poland, Lithuania, and Russia. I think we have seen enough of Russian saber-rattling; are there no rational leaders left in Russia, Mr. Putin ? All that this will do is increase tension between NATO and Russia, and thereby raise Country Risk in the region.

If you know your history, Kaliningrad is territory that was never ethnically Russian. Given as the spoils of war, in 1945, pending the final determination of the Polish frontier, it was formerly part of East Prussia. Poland appears to have the best historical claim to the territory. Now that the Soviet Union is no more, the territory, which has a right to self-determination, should be returned to Poland, in my humble opinion. It also needs to be properly renamed. The Russians need to abandon this Cold War relic. 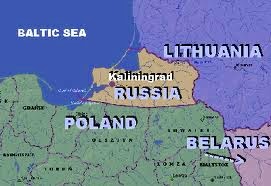