RICHARD CHICHAKLI SEEKS A NEW TRIAL, AND OTHER POST-TRIAL RELIEF 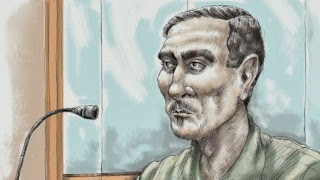 Certain post-trial motions, in Federal criminal cases, must be filed within fourteen days of the rendering of the verdict, and Richard Chichakli, who is representing himself Pro Se, has requested the following relief:

(A) He has made a Motion for a New Trial, pursuant to Rule 33, Fed. R. Crim. P. He has not alleged newly discovered evidence; his counsel's filing points solely to the record.

(B) He has moved for a Judgment of Acquittal, pursuant to Rule 29, Fed. R. Crim. P. He has not specified any grounds; the rule requires the Court to grant the motion if the evidence at trial was insufficient to sustain a conviction.

(C) He has moved to Arrest the Judgment, under Rule 34, Fed. R. Crim. P., stating that there was a lack of jurisdiction, and that the Grand Jury Indictment was defective.

Though his Stand By Counsel has filed a short supporting affidavit, there have been no accompanying memoranda of law filed, in support of these motions, as of 21 December. Is he simply ensuring that there will be multiple issues for appeal, or is there a factual or legal basis for any of these pending motions ? We cannot say, but we will update our readers on the rulings as soon as they become public.
Posted by Kenneth Rijock at Saturday, December 21, 2013