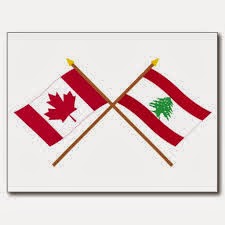 Buried deeply in the biographical material regarding the senior Hezbollah leader* assassinated this week in Beirut, is a small note that he procured dual-use materials for the organization in Canada, specifically night-vision equipment, and computers. One wonders what else Hezbollah agents were able to purchase in Canada; There have been persistent rumors of sales and shipments to Beirut.

Canada's liberal immigration laws have resulted in a sizable Lebanese expat population in Canada, primarily in French-speaking Quebec Province, where they find how easily they fit in with the French Canadiens. Moreover, there are a number of Canadian "citizens of convenience," who are Lebanese holding Canadian citizenship, but who live full-time in Lebanon. Could some of these individuals be tied to Hezbollah ?