WHERE IN THE WORLD IS DAVID MURCIA GUZMAN ? 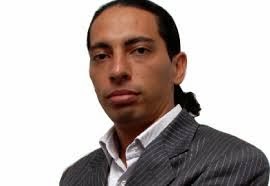 He's not in the Bureau of Prisons Inmate Locator database, which means that he is not in a Federal Prison or Camp. Some sources say he is in WitSec, the Federal Witness Protection Program, for providing assistance to US law enforcement; some report that he has been seen in public, but since he owes the Republic of Colombia several years of prison time, and since Panama reportedly wants to reopen his case there, it might be nice if we knew what the story was.

Can any of our readers tell us where he is these days ? Some sources state that he cut a deal with US authorities, and has been released. He is not going to be transferred to Colombia, to start serving his sentence there, nor will Panama proceed with its threats of a reopened case. Is this true ?

'And what happened to the manuscript of the tell-all book he was reportedly writing ? I am referring to the book, alleged to implicate high-ranking Panamanian officials, which we reported on here some time back.