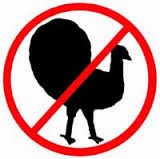 Last week's corruption scandal in Turkey, which included the arrests of the president of a state-owned bank, and the sons of two ministers, together with the dismissal of a large number of chiefs of police, has resulted in an ugly anti-American backlash. The US Government, and the American Ambassador specifically, have been targeted as being responsible for the country's crisis, which is a conflict between two opposing political factions, locked in a power struggle. This could spell the end of democracy in Turkey.

Add this chaos to the fact that several Turkish banks, including those that are state-owned are alleged to be assisting Iran in evading global sanctions on WMD and ballistic missile component purchasing, and you have a perfect storm for Country Risk. We have already reported the increased risk levels posed by the movement of five Turkish banks into Iraq, where Iranian transactions can be effectively concealed from Western banking compliance officers. Check out the articles on Turkey previously posted on this blog.

American financial institutions and businessmen in particular should be alert to potential trouble in Turkey, as the government seeks to find a scapegoat for its troubles. While Turkey has rarely, in the past, cast blame upon foreign influences, as is often the case in Arab countries, this new campaign, waged in the press, with open government sponsorship, is disturbing. Turkey has, in recent moths, moved closer to Iran, a development that further validates a substantial increase in Country Risk. It is suggested that you watch the actions of the Turkish Government closely, during the coming week, and seriously consider reducing your bank's financial risk, and advising your clients accordingly.
Posted by Kenneth Rijock at Sunday, December 22, 2013