ARE NARCO-PROFITS NOW MOVING INTO MIAMI WITH ITS NEW MEXICAN RESIDENTS ? 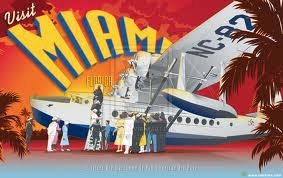 Miami, which has always been a melting pot for Latin Americans, is now seeing an influx of affluent real estate purchasers from a country not known to have its nationals living here: Mexico. Wealthy Mexican citizens are one of the fastest growing groups of new property owners from Latin America relocating to Miami . It has been estimated that their numbers have tripled in the last three years.

Many of these families are wealthy; some are in the high-tech, energy, consumer retail goods fields in Mexico, and all are painfully aware that the battle between Mexican law enforcement, and the narcotics traffickers, will continue for the indefinite future, meaning that there are threat factors there which they can avoid by moving their families to the relative safety of Miami.

While Miami welcomes all who wish to live here, given the obscene profits available in the drug trafficking industry, it should be accepted that at least some of this "flight capital" is dope profits looking to be laundered & invested. Bankers, particularly those at international banks with corespondent relationships in Mexico's financial structure, should be in alert, lest narco-profits hidden in shell companies find a home in Florida. Miami's status as a vacation destination, the presence of expats from all the countries of Latin America, and lack of established society traditions,  generally allow any  new affluent arrivals to blend in. With an adequate front business, anything goes.

This presents a danger to financial institutions who wish to accept some of this new business. It is suggested that, though nationality cannot be the sole basis for increasing your evaluation of the risk posed by a prospective customer, you give any wealthy Mexican businessman, recently arrived in the United States, Enhanced Due Diligence. Watch especially high-end real estate transactions, and purchase and sale of commercial businesses, either of which are routinely used to launder the proceeds of crime.