ARE TWO LEBANESE BANKS ABOUT TO BE SANCTIONED BY OFAC ? 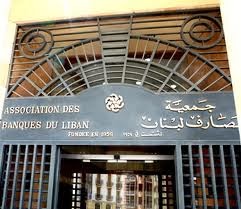 Lebanese media is reporting that a prominent Kuwait newspaper alleges that two major Lebanese banks will shortly be designated with US sanctions. Given that American government officials have been warning repeatedly, in their trips to the Middle East, of the consequences of dealing with Hezbollah, such actions were bound to occur, sooner or later. The Association of Banks in Lebanon has asserted that its members are in full compliance with US anti-terrorism regulations. If that is the case, then how is Hezbollah managing to move drug profits it earns in Latin America through Panama, and on into Beirut, with impunity ?

Compliance officers at US and EU banks whose clients have substantial business in Lebanon, and whose banks have multiple correspondent relationships with Beirut institutions, may want to monitor the Treasury OFAC website, or this blog, for further information.