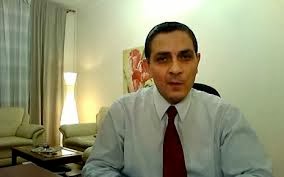 The prosecutors in the Richard Chichakli case have filed an extensive memorandum of law, the purpose of which is to seek to preclude the defendant from offering certain evidence at trial. At issue is the admissibility of testimony that Mr. Chichakli wants to offer.

(1) To prevent Chichakli from offering evidence of his efforts to cooperate with law enforcement, after he left the United States in 2005.
(A) In 2006, the defendant contacted US law enforcement, and offered to give evidence against Viktor Bout, regarding weapons trafficking in and through the democratic Republic of the Congo (DRC). His goal was the removal of the OFAC sanctions placed against him by the US Treasury. He never executed the proffer, which required his signature.
(B) In 2010, Chichakli again offered to assist the United States, by offering to testify against Viktor Bout; he wanted the pending criminal charges against him dismissed. The parties never came to a final agreement on the terms.

(2) To prevent Chichakli from eliciting his own out-of-court statements, through direct and cross-examination of witnesses at trial.

The Government's position on the first issue : not relevant, and even if it was relevant, it will confuse the jury. Chichakli cannot offer it as an indicator of his innocence, because he only came forward after his OFAC sanction, and his indictment; and he did not turn himself in when he was indicted.

On the second issue: irrelevant, and hearsay. His prior out-of-court statements, made to law enforcement, were self-serving and exculpatory, and constitute inadmissible hearsay.

The Democratic Republic of the Congo matter, which is not public knowledge, and which confirms that Bout was working on behalf of the United States Government, in a crucial weapons delivery, will be covered here in detail tomorrow.

When a ruling is issued on these issues, we shall advise our readers.