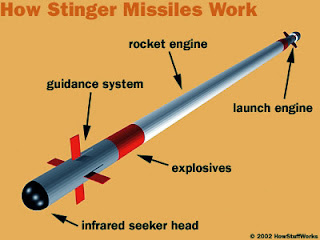 If you have been following my articles, you know that the United States Attorney's Office in New York has gone to great lengths to keep Richard Chichakli from discussing a specific operation, conducted by his codefendant, Viktor Bout, in Africa, taking the position that it is not relevant, nor that it will, in any way, assist him in his defense. That may be true, but the details would certainly open the public's eyes to the extent of Viktor Bout's relationship with a certain American government agency, and that may be the underlying reason why Bout was approached by another agency, the result of which was the indictment for attempting to traffic missiles to the FARC.

Viktor Bout's Russian attorney believes that his client will get a reversal of his criminal conviction, and a new trial, for a number of yet-unspecified reasons, and some observers believe the case was initiated solely due to a major inter-agency rivalry, involving alleged criminal activities being conducted by one agency, which the sister agency bitterly resented.

According to information obtained from a reliable source, whom we shall refer to here as Dragon, in 1995, an agency of the United States Government, concerned that billions of dollars of arms covertly supplied to rebels in Afghanistan, who had forced the Russian withdrawal of its troops, might fall into the wrong hands, and ultimately be used against America, or civilian targets anywhere in the world. A negotiation was initiated, to buy them back. The agreed price was reportedly $200m, and the weapons would be returned to US control, upon payment in full. The sellers were Osama Bin Ladin's organization.

Especially desired were the stockpile of Stinger surface-to-air missiles, which would pose a clear and present danger to civil aviation, operating as a weapon of terror. Viktor Bout's aviation assets handled the transport of the Stingers, from Afghanistan, to Zaire, now known as the Democratic Republic of the Congo (DRC). The missiles were then taken into custody by the purchasing agency. Their ultimate disposition is unknown.

Bout had been engaged in the widespread delivery of US food products*  throughout Africa, in behalf of  a US Government agency. He later assisted US Armed Forces with the transport of supplies into Iraq.

There is little information available on who was involved in the missile transaction, other than that a New Jersey-based lawyer named Richard H. Davies reportedly handled the payment, and, allegedly converted the entire $20m commission to his own use. He is believed to have been a government contractor while he was in command of the financial aspects of the operation.  Public Records show that a person of that name from Bergen County was disbarred in New York in 1999**. Many of the other players are dead; we will get to those who still work in the shadows in a later article.

(1) Was, as he claims, Viktor Bout, operating under the supervision of a US agency when he became involved in the case which resulted in his conviction ?

(2)  What other issues do Viktor Bout's attorneys intend to present in his efforts to obtain a new trial ?