STILL NO US SUPREME COURT CERTIORARI PETITION FOR VIKTOR BOUT 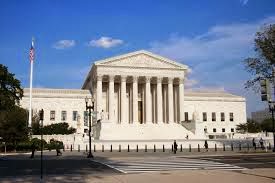 Notwithstanding the many interviews given by Viktor Bout's Russian attorney, Alexey Binetsky, to the effect that his client would be vindicated by the US Supreme Court, as of November 30 there has been no petition for a Writ of Certiorari filed on his client's behalf. Binetsky confidently states that Bout's case will be reversed, and remanded back to the US District Court, for a new trial. Unfortunately, though he has worked in the United States, he may not completely understand what he is up against.

First of all, his client has no appeal as a matter of right; he exhausted his appellate rights when the Second Circuit affirmed his client's trial court conviction and sentence. The number of Certiorari Petitions that are accepted by the Supreme Court of the United States are but a very small percentage of those filed, and frankly, the Second Circuit was less than impressed by his issues on appeal. How is it that his counsel believes he will be successful ? Rumors are that the claimed information will be especially damaging to the United States Government.

So, we anxiously anticipate the newly-discovered evidence that his Russian counsel has boasted will cause a reversal of his conviction. He has mentioned the name of a prominent national US law firm, but thus far, we have not seen any indication that it will be doing the heavy lifting. When will Bout's US Supreme Court case be filed ?  We're waiting.
Posted by Kenneth Rijock at Saturday, November 30, 2013