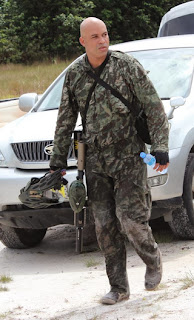 Dino Bouterse, the son of the President of Suriname, Desi Bouterse, and the former head of that country's anti-terrorism unit, has been charged, in the United States*, with setting up new Hezbollah operations in Latin America. He allegedly offered to allow Hezbollah fighters to have a permanent base in Suriname, where they could train, and plan attacks against the United States. He also attempted to supply Hezbollah with weapons.

The specific charge, Attempting to Provide Material Support to a Foreign Terrorist Organization, was added in a Superseding Indictment. Bouterse was already in US custody, on cocaine trafficking, and other charges. Allegedly, in meetings in Panama and Greece, the defendant offered, in exchange for a multi-million dollar payment, to:

(1) Allow Hezbollah agents from Lebanon to enter Suriname, through Trinidad.
(2) Distribute false Surianamese passports to approximately 40 Hezbollah members.
(3) Arrange for them to get US visas, so that they could travel into the United States.
(4) Set up banks accounts for the Hezbollah agents.
(5) Provide them with weapons and a secure training site inside Suriname.

Bouterse received a two million dollar down payment from individuals whom he believed to be Hezbollah officials. Already facing a possible life sentence on the previous charges, the defendant could get an additional fifteen years on the terrorist support charge.

Suriname's proximity to Hezbollah operations in Venezuela is a cause for concern. Fortunately, Bouterse will not be able to implement his plan for a Hezbollah unit in his country. 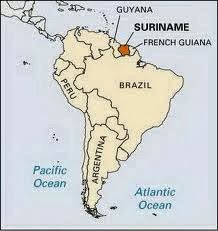