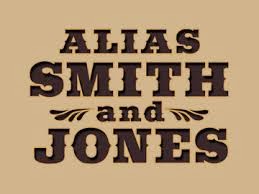 It's a dirty little secret that nobody wants to discuss: the fact that PEPs, especially the children of prominent leaders, are often officially issued valid identification under an alias, which they use to conceal the fact that they have a close blood relationship to a foreign government official. It is particularly galling when our own governments facilitate the deception, by knowing the truth, but keeping the secret, in order to maintain smooth diplomatic relations with another country. Foreign university students, whose true identities are conveniently hidden, are a prime example of the deception.

When a PEP uses one of these "valid" aliases, your due diligence is not only ineffective, you end up assigning a low risk profile to these individuals, which allows them to potentially move money or assets in the future, once a reasonable period of time elapses, and they merge into the mass of established, but now undistinguished, bank clients. This poses a serious threat to the bank.

Nowhere is the problem more prevalent than in such countries where there is a clear distinction between upper-class PEPs, and the rest of the local population. How does one identify a hidden PEP who is concealing his or her identity ?

Let me suggest these:

(1) Search websites, in local language, in the bank client's home country, for the alias, especially image searches, which should return a positive if the name is legitimate.

(2) Check the websites of the client's purported business, industry, or professional association. Did you find him ?

(3) You may accidentally run into a photo with the client's true identity, particularly if the client is upper-class. Try the charity and social event websites, especially those profusely illustrated with photographs. Pictorial spreads from wedding receptions are also fertile resources; these appear in the society pages of local newspapers; look for them in the city where the client says he lives.

Admittedly, uncovering the real name of a PEP with a well-documented alternative identity is not easy, but you do not want to find out, too late, that they cleverly moved bribe or kickback money of their relative or associate through your bank when you were not looking, and it comes out in an FCPA instigation; Watch yourself.