PANAMA SHUTS THE DOOR ON FOREIGN INVESTORS' CLAIMS FOR LOSSES 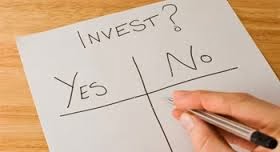 If you are advising an international investor who is interested in operating in the Republic of Panama, you may want to advise him to look elsewhere. Local law enforcement authorities in Panama City are declining to accept, for filing as criminal charges, any financial crime complaints, if the complainant is a North American or European national. They have effectively denied investors the ability to charge Panamanian nationals with white-collar crimes, if the victim is not from Latin America.

When you add this to recently passed legislation that reportedly allows the Government of Panama to seize and confiscate assets of foreign nationals, you have a recipe for a Country Risk disaster. A foreign investor who becomes a victim  of a major white-collar crime cannot obtain redress in the criminal court system. The civil side, with its generally corrupt judiciary, reaching all the way up to the Supreme Court of Panama, is not much better. Civil cases linger for years, without ever being set for trial, and bona fide claims are mysteriously dismissed; the rule of law seldom prevails.

Bottom line: Should  a foreign investor suffer a financial loss in Panama, as the result of a crime, there's nowhere you can go for either restitution, collection of the amount owned, or incarceration  of the offender. For this reason alone, you are justified in placing Panama's Country Risk at the highest level, which is that where any investment there is unwise, and any potential investor in Panama should be prepared for the possible loss of his entire investment
Posted by Kenneth Rijock at Thursday, November 14, 2013