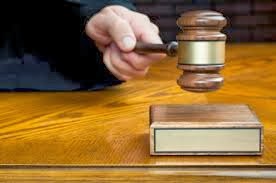 A court in London has entered an order prohibiting Barclays Bank from exiting its account relationship with Somalia's largest money service business, notwithstanding that the MSB has verifiable ties to Al-Shabaab, a designated terrorist organization. Have the judges taken leave of their senses ?

Al-Shabaab received payments from the MSB, and used its accounts to move money given to it overseas, to finance its terrorist activities, including the targeted assassination of Somali officials. The evidence is clear and convincing.

Claiming that the interruption of services by Barclays would seriously damage the lives of Somalis receiving remittances from abroad, the Court basically trumped countering the financing of terrorism, upon humanitarian grounds. What's wrong with this picture ?

So long as counter-terrorism takes a back seat to politics, terrorist organizations will continue to thrive. Should an Al-Shabaab terrorist cell commit a violent act in the United Kingdom or the United States, as it has recently threatened, the folly of this court ruling will become apparent. Meanwhile, terrorists in Somalia are free to operate, thanks to a misguided court ruling.