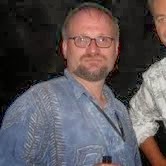 A Neo-Nazi group has been organized in the Republic of Panama, and is known to be drawing members from Panama City, as well as outside that country's capital. Its political platform, which is virulently anti-American, recites that it opposes the United States Government, especially one of its law enforcement agencies, which it says will eventually overturn democracy, in favor of absolute rule, in America. The last thing Panama needs is a radical, armed, political group, in advance of the upcoming 2014 presidential elections.

Perhaps the most disturbing aspect of this small but growing organization is its policy of placing arms and ammunition in the hands of foreign nationals residing in Panama. While its aims are not known, one of its members, shown above, appears, in Panama's corporation records, to have been one of the original directors of the Marc Harris Organization, and there is a connection to other individuals who were officers there.

Mr. Harris, the American accountant who operated as a high-profile offshore promoter in Panama, and who is currently serving a seventeen year sentence in the United States for a Ponzi scheme,  also employed the fugitive Dutch national, Okke Ornstein, as his general manager. Ornstein, who fled Panama recently, to avoid being taken into custody, where he must serve a 28-month sentence for fraud, is believed to be in hiding in the Netherlands. A $5m civil judgment was entered against him in Panama, and he has other criminal cases pending. Curiously, Ornstein has pointedly declined to verify the identity of the individual shown above, believed to be a Russian national, which confirms that there is a connection between them.


We shall be closely monitoring the activities of this organization.