CASH COURIER SAYS $850m LAUNDERED THROUGH PANAMA, WITH COMMISSIONS TO PRESIDENT OF PANAMA 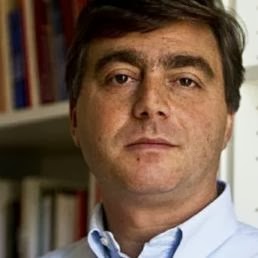 Valter Lavitola, the confessed "bagman," implicated in the Finmeccanica Italian-Panamanian corruption scandal, has alleged that he has evidence of the laundering of $850m, through the Republic of Panama, with the assistance of Panamanian president Riccardo Martinelli, who Lavitola says received a twenty per cent commission for his role. Coming on top of the existing scandal, where bribes and kickbacks were allegedly paid to Panamanian government officials, including Martinelli, for directing major business to Italian companies, one wonders whether Italian indictments will be issued, before the upcoming 2014 presidential elections in Panama.


We are most interested in seeing this evidence, which is reportedly within the custody and control of Lavitola. Apparently, these new allegations affect a number of prominent Panamanian government leaders, and the question persists: will the demands for accountability, being made by the people of Panama, result in any indictments ?
Posted by Kenneth Rijock at Tuesday, November 19, 2013