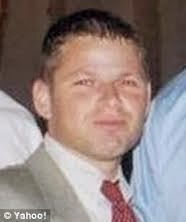 If you wondered* whatever happened to the lawsuit, brought by the bankruptcy trustee, against the national law firm that represented and advised convicted $920m Ponzi schemer, Nevin Shapiro, it has been settled, and payment is now due. Though not appearing anywhere in the court file of the US District Court case**, I did find it, buried in the voluminous bankruptcy file: Five Million Dollars, in exchange for a ban on any possible subsequent litigation against the law firm. There was no admission of  guilt.

The Trustee in Bankruptcy, who was charged with assembling assets, to repay the victims of Shapiro's bogus grocery brokerage company, alleged in the lawsuit that the law firm, and a lawyer at the firm who was a longtime friend of the Ponzi schemer, had facilitated the fraud. He alleged, in the civil action, that they negligently supervised their client, and committed various violations of the Federal Securities laws in connection with promissory notes that they prepared.

The lesson that you want to take away from this case is simple; All professionals, irrespective of their responsibilities and duties, should always be alert to the Red Flags of Ponzi schemes, and ensure that they never, never provide professional services to such clients, lest they pay dearly for it down the road. Should they learn that a current client is a Ponzi schemer, they must exit the relationship forthwith, and immediately consult with competent outside counsel, to assist them with an assessment of their potential liability, for damage control, and to discuss self-reporting of their involvement to the appropriate authorities.