WHAT WILL HAPPEN TO THE FARC'S NARCO-PROFITS IF IT SIGNS A PEACE TREATY WITH COLOMBIA ? 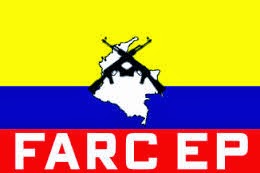 News about an upcoming sentencing, early next year, of a major Venezuelan drug trafficker, in Federal Court in Miami, reminds us that his operation picked up its cocaine from FARC-controlled territory in Venezuela; FARC soldiers actually loaded the drugs on his aircraft, and were paid handsomely for their labors.

What about the billions of dollars that the FARC has acquired, through its lucrative narcotics business ? Much of that money has disappeared into the tax havens of the Western Hemisphere, notably Panama. Though some has been obviously spent for "operating expenses," the bulk of it is the 300-pound elephant in the room.

FARC leadership is obviously not inclined to disburse it to the victims of its 40-year campaign of terror; so what will become of these illicit accounts ? Some of the many millions have reportedly been disbursed by FARC political agents into the countries of the European Union, where pseudo-diplomats still seek allies among Leftist groups and organizations in Western Europe. What will become of that illicit wealth ?

Will FARC commanders appropriate it for their own use, and abandon their participation in reform in Colombia ? We cannot say, but all that money will certainly tempt those with account authority. In my humble opinion, it should be disgorged to the Government of Colombia, so that it may compensate the next of kin of the dead, and to repair their lives, as best may be done.

Unfortunately, greed will most likely win out, and the money will not be repatriated. It will disappear, as KGB slush funds did, when the Soviet Union fell. Therefore, it is imperative that these accounts be identified, and seized, while the FARC continues its negotiation. Some accounts are certainly known to US law enforcement and intelligence agencies, who surely monitor their activity, to glean information about terrorist operations. It is now time to freeze those accounts. Who knows, such actions may even accelerate the peace talks.