Marco Antonio Delgado, a successful El Paso, Texas lawyer who was involved in supporting a number of charitable and educational programs, was convicted last week, after a jury trial, of conspiring to commit money laundering. The evidence showed that Delgado, a Mexican-American who also participated, in an advisory role, in Mexican politics, was tied to the Milenio Cartel, and conspired to launder $600m for that organization.

The defendant, who was linked to Lilian de la Concha, the ex-wife of former Mexican President Vicente Fox, was apparently caught by a US law enforcement agency, engaged in money laundering, a few years ago, and he reportedly agree to cooperate with the authorities. Notwithstanding his status as a cooperating individual, he allegedly continued to launder narcotics money, without notifying his handlers.

We have extensively covered this case, which is noteworthy for these reasons:

(1) The Court had the defendant examined for mental issues, after his defense counsel reportedly took the position that, since he was refusing to enter into a plea bargain, that he might not be competent to assist in his own defense, for mental illness reasons. Since his life would have been in danger if he cooperated with the authorities, as such cooperation generally involves assisting in a money launderer implicating his clients, his refusal to plead out was understandable.

(2) The question has arisen: why didn't the law enforcement agents who were supervising his cooperation catch his subsequent covert money laundering activities earlier ? Was this an instance of what I can only describe as law enforcement malpractice ? 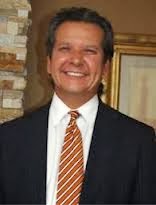 He still faces another upcoming criminal trial, in a case where he fraudulently diverted $32m in development funds destined for a project of Mexico's Federal Electricity commission, and laundered a portion of the money through the Turks & Caicos Islands, before routing it back into the United States.


Delgado, who is to be sentenced on January 24, has, according to his attorneys, plans to appeal his conviction.