THE CARIBBEAN ATTEMPTS TO SCHEME ITS WAY OUT OF DERISKING

As more and more foreign banks find their US, Canadian or UK correspondent accounts abruptly closed for AML/CFT deficiencies, the search for a solution intensifies.The latest response to the existential threat facing indigenous banks in the Caribbean from derisking comes from the prime minister of Antigua & Barbuda, Gaston Browne.

Browne has floated the idea of forming a local "Bank of the Caribbean," which would, in theory, have branches in both North America and the United Kingdom, and would service all the onshore needs of Caribbean banks.The scheme would obviate the needs for any of the banks in the region. 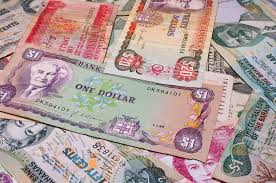 While PM Browne is a former banker, he has totally missed the point. The reason that American, Canadian and British banks have been disengaging from Caribbean financial institutions for years is the failure of those banks to institute compliance reforms. With the increased regulatory pressure they face, and the threat of Draconian civil monetary penalties, not to mention the negative effects of published sanctions, onshore banks simply can no longer assume the risks associated with dodgy, non-compliant correspondents.

Also, which of the onshore jurisdictions will suffer the opening of a branch bank in their country, given the regulatory issues, for any purpose ?

What do the onshore banks fear the most ? These are the primary issues:

(1) Banks in jurisdictions that allow opaque offshore banks and corporations, where Beneficial Ownership cannot be ascertained.

(3) Banks in countries where deposits from suspicious applicants for Citizenship by Investment (CBI/CIP) passports, and diplomatic passports, end up in local banks, without sufficient vetting of the Source of funds.

(4) Banks in jurisdictions where bribes & kickbacks are often accepted by government officials, paid by foreign "investors." These dirty funds find themselves being transferred to North American or the EU, for investment purposes, or into accounts for the officials' "rainy day" funds.

(5) Narcotics profits that must be repatriated to its owners in Latin America, or to the Middle East, to provide financial support to designated terrorist organizations. 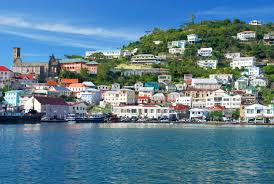 The damning thing about it is that there is an available local, low cost, high tech solution*, operated by an IT company in the Cayman Islands, that gives onshore banks a window into ALL the accounts of a correspondent, thus satisfying all the AML/CFT needs, but all the Caribbean leaders, like PM Browne, will not require that their country's banks employ it. We therefore must assume that Caribbean leaders do not want US/Canadian or UK banks to see the deposits of their bribes and kickbacks, and other illicit funds, into their accounts. 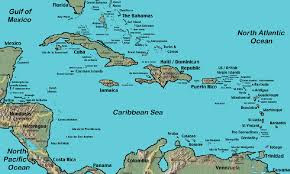