EL CHAPO GETS LIFE PLUS THIRTY YEARS FROM A US COURT 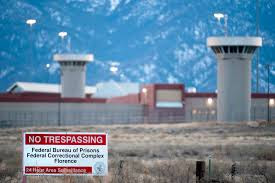 Joaquin Guzmán, more commonly known in the media as El Chapo (Shorty) was today sentenced to Life in Prison plus thirty years. Guzman was convicted on ten counts, including drug, weapons and money laundering charges.

He will most likely be sent to the US prison known as ADX, or Supermax, in Florence,  Colorado, due to his two previous successful escapes from custody in Mexico. Known as the "Alcatraz of the Rockies," ADX is escape-proof, being a state-of-the-art maximum security facility.
Posted by Kenneth Rijock at Wednesday, July 17, 2019