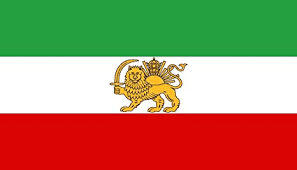 Multiple reports from Iran confirm that wealthy Iranians seeking to flee their troubled country are being fleeced by fraudsters intent on relieving them of their US Dollars, while promising to move their assets into North America. Our sources state that several solicitations are being received each week, all claiming to invest their marks' money into the United States & Canada. Many of the schemes involve what are touted as complex investments, approved by the United Nations, though this is not true. Often, the point man is a native Iranian national, or an American-Iranian dual national.

The fraudsters all think they are committing the proverbial Perfect Crime,  for they believe that their Iranian victims will not be able to obtain justice, either as plaintiffs in civil suits, or witnesses in criminal cases. No wealthy Iranians will be able to recover their losses of they have no access to the courts, due to sanctions.

Fortunately, most of these fraudulent offers have been declined, though not after a number of affluent Iranians lost their money to schemes that had no sound financial basis, but were simply a means to deprive the victims of their cache of dollars. Some of these fraudsters actually

The group of fraudsters targeting Iranians who may have bitten off more than they can chew, are the Americans in the fraudster crews, for they, in soliciting nationals of a nation subject to international as well as American sanctions, risk convictions and prison sentences. Will American fraudsters and other sundry white collar criminals end up indicted for not just sanctions violations, but for attempting to provide financial support for a jurisdiction that is a State Sponsor of Terrorism ? Will OFAC publicly name & shame them, and pile on million dollar fines on top of Federal Indictments ?

Personally, we trust that some of these American fraudsters are arrested by Federal lawe nforcement agencies,, and prosecuted to the fullest extent of the law.