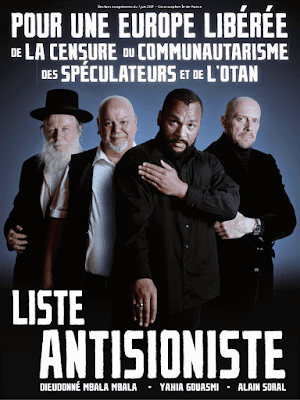 The antisemitic French comedian Dieudonne M'bala M'bala,  who was convicted of tax evasion and money laundering, was sentenced to two years in prison by the criminal court in Paris. The defendant was ordered to pay a fine in the amount of €200,000. His co-defendant, Noémie Montagne, received a sentence of eighteen months, and a fine of €50,000.

Dieudonne, who is censured in Europe, due to his antisemitic stage performances, which dispute and mock the Holocaust, as well as the Jewish faith, and who reportedly invented the neo-Nazi salute known as the Quenelle, laundered cash earned at his performances through front companies, and then had the money sent to his family members in the Cameroon. €657,000 was found hidden in his home during a police raid earlier this year. 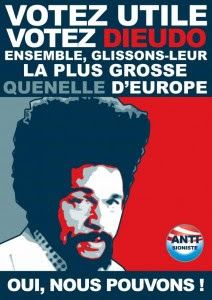 One European source has opined that the defendant, due to political considerations, may actually only serve his sentence under home confinement (house arrest), but if this does occur, it will feed public fears of increased antisemitism, and terrorist attacks upon Jewish targets. 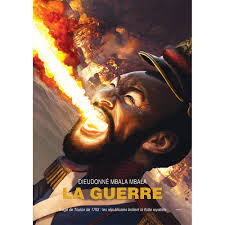