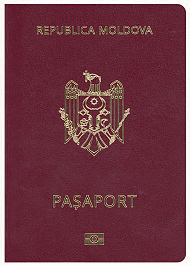 The Republic of Moldova has suspended its new Citizenship by Investment program, known as MCBI, "pending further review." The announcement was made on July 17, 2019, after a meeting of the country's Supreme Security Council. The grounds for the suspension have not been publicly revealed, though the program, and its service provider, Henley and Partners, are reportedly said to be under review, but no allegations of misconduct, or problems with the program, have been announced.

Applications that have already been approved will be completed, but no new application shall be accepted at this time.

Moldova is actively pursuing accession to the European Union, and the EU recently went on record to recommend to its Members that they abandon such programs, due to money laundering, financial crime and tax evasion concerns. Bulgaria abruptly cancelled its new CBI program, and Malta has been under severe criticism about how it has administered its program. Whether this was a major consideration for Moldova is known known, as is whether the suspension will become a permanent measure. Alternatively, it may simply have been the action of a newly-installed government, which is reportedlyreviewing all government departments and agencies.