HOW MANY IRANIANS HOLD EUROPEAN PASSPORTS ? 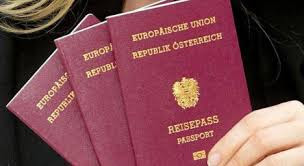 The Austrian passport; it's not ONLY for Jeffrey Epstein anymore. Epstein, whose Austrian passport, complete with alias, and a bogus Saudi Arabia residence address, was found by law enforcement in his home safe, allegedly used the Austrian passport for anonymous international travel. Iranians, who have been employing Austria'n bankers'  "Don't Ask, Don't Tell" willful blindness attitude, when it comes to dealing with sanctioned entities and individuals, have also spent the necessary €2,000,000 to obtain Austrian citizenship  and passport, under the country's Citizenship by Investment program. Many Iranians speak German, in part because they have a long history of  doing business in countries where German is spoken, especially Germany and Switzerland.

Yes, Iranians have Austrian passports, but they also hold literally thousands of CBI passports issued by Malta and Cyprus. Again, many Iranians are multilingual, and English is one of the languages most speak. 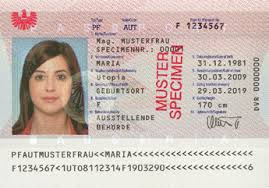 Of course, just as Reza Zarrab, Iran's billion dollar poster boy for oil-for-gold sanctions, was listed as Risa Sarraf on his Turkish passport, many Iranians have acquired EU passports in other than their original legal names.

Compliance officers who have noticed that certain of their new high net-worth bank clients have passports that show Iranian places of birth should immediately employ their facial recognition software systems to properly identify those clients, lest they onboard PEPs, IRGC officers, or Iranians who are subject to OFAC or international sanctions.

let us suggest that, when Iranians in sheep's clothing (EU passports) are suspected, have a staff member who is a native speaker of the European language the client speaks, serve him or her. It may be easier than you think to uncover  that hidden PEP, sanctions evader, terrorist financier, or career criminal. Watch yourselves when it comes to such bank customers.