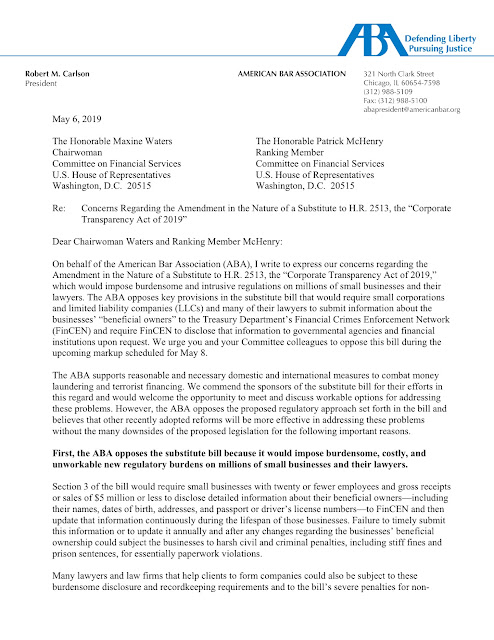 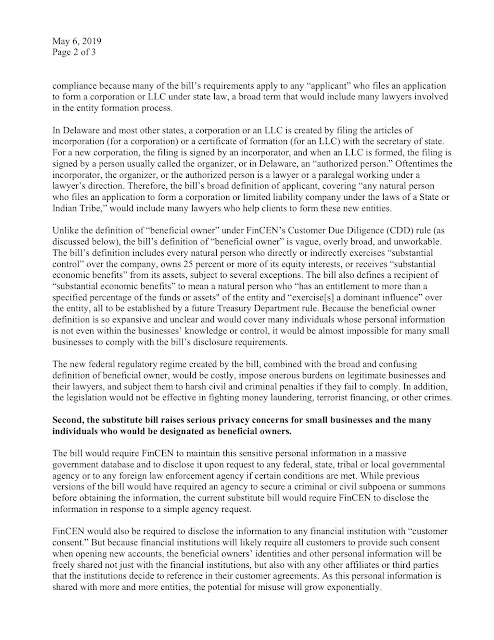 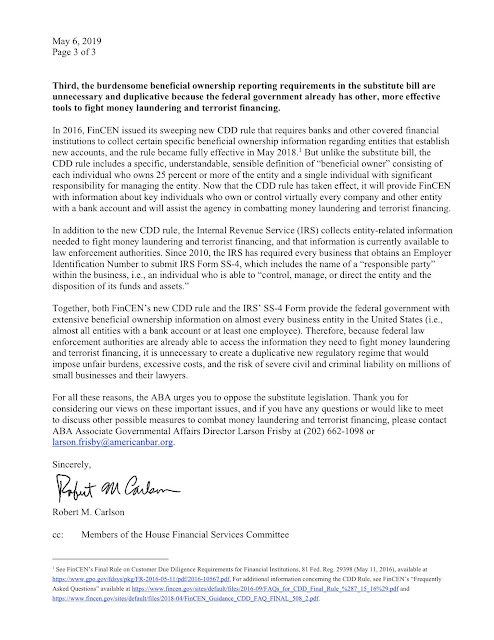 The American Bar Association, as you can see, has issued a Letter of Opposition to the passage of a Federal law that would require the disclosure of the beneficial owners of corporation, as well as their personal identifying information. While the letter appears to support anti-money laundering legislation, in truth and in fact, the ABA has many members who secure tax haven corporations for their clients, and are part of the lucrative offshore financial services industry. Some of their clients often use those anonymous corporations to engage in tax evasion and money laundering.

Given that the American law enforcement community's war on money laundering is an abject failure, if we take the extremely small (3-4%?) percentage of money laundering schemes resulting in a conviction as a guide, perhaps the ABA might want to leave that offshore money on the table, and support effective anti-money laundering legislation. the ABA statements, in the letter, about the regulatory burden is hogwash; there are no other effective tools to fight money laundering. ABA, stop this nonsense. you know better.
Posted by Kenneth Rijock at Monday, July 01, 2019