The Republic of Panama is in the process of removing sixty Panamanian-flag vessels from registration, due to the fact that Iran is using Panamanian-registered oil tankers to transport sanctioned petroleum, and is also shipping oil to Syria, which is internationally sanctioned.

According to reliable law enforcement sources in Panama, none of the tankers carrying Iranian crude are insured, due to the fact that they are acting in violation of international sanctions, and are deemed uninsurable against loss. Should one collide with another vessel, resulting in loss of life, or sink, discharging oil into the ocean, there is no avenue available to recover the monetary, environmental or human losses that will occur. 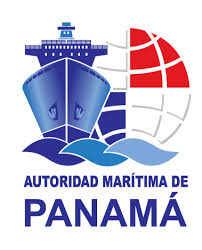 Panama has no wish to run afoul of international sanctions involving Iran, according to Panama's Maritime Authority. The vessel was reportedly bound for Syria's Banyas Refinery.

Some deregistered vessels have failed to reregister elsewhere; the GRACE I, seized by the Royal Navy in Gibraltar Territorial Waters8, was delisted by Panama on May 29. It was detained for illegally transporting crude oil to Syria from Iran, technically as a stateless vessel, which provides a ground for naval or law enforcement forces to stop and identify.