WILL FINCEN NOW ISSUE AN ALERT AGAINST DOMINICA FOR ITS ILLEGAL DIPLOMATIC PASSPORT SALES PROGRAM ?

With the proliferation of arrests of foreign nationals holding unauthorized diplomatic passports issued by the Commonwealth of Dominica, it is time for the Financial Crimes Enforcement Network (FinCEN) to issue an Advisory. The purpose of such an Advisory would be to alert US financial institutions that certain foreign individuals are abusing the diplomatic passports issued by Dominica, and engaging in illicit financial acitivities. 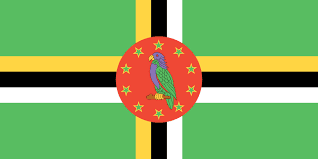 Furthermore, The Vienna Convention on Diplomatic Relations, a treaty which Dominica is bound to as a member of the United Nations, has specific requirements for member countries. The passport holder must be assigned to a specific job, in a specific jurisdiction; he must present his credentials to the receiving country or agency, and he must be accepted by it. None of those requirements are being met by the unqualified foreign nationals who are buying what they believe is bona fide dipomatic status, but they are unaccredited.

Financial institutions, as well as US Customs & Border Protection (CBP), upon encountering a Dominica diplomatic passport, should immediately check to see whether the holder is a diplomat  accredited to either the United States, or United Nations. If not, then the diplomatic passport  should be examined to view the place of birth of the holder, in order to ascertain his primary nationality.

The Dominica diplomatic passport should not be accepted as proof of either identity or nationality, and the holder should be required to produce valid proof of identity. Financial institutions should file a Suspicious Activity Report (SAR); border officers encountering such documents should conduct a search of baggage, and the holder, to rule out smuggling of cash and financial instruments. 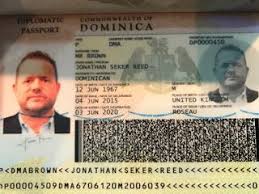 We trust that FinCEN will soon issue an Advisory on Dominica similar to that it previously issued against St Kitts & Nevis in 2014, regarding its CBI program, and which is still in effect.