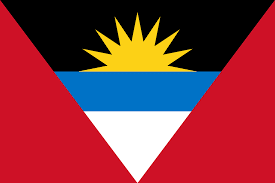 The constant buzz of the Asot Michael corruption scandal, together with a number of other pending and still unresolved financial crime scandals.continue to roil Antigua, and are thought responsible for the major resuction in new CBI applications, and lack of legitimate investors seeking opportunities in the two-island nation.

Some of the issues that simply will not go away, and are hurting Antigua's image, and therefore its ability to attrct capital:

(1) The Leroy King case, where the country's former chief financial services regulator's extradition, to face charges in the Stanford International Bank case, has been artfully delayed for several years, some say through government influence.

(2) The missing two hundred passports scandal, which involves Asot Michael, the former head of the Antigua Policem and a number of others who are attempting to stay out of the public eye.

(3) Asot's British scandal, where he is accused of soliciting a $2m bribe to facilitate an investment, and where one of the partners in the investment group is a known white collar criminal.

(4) The never-ending story about the failure of the country's CIP program to elevate its vetting to enhanced Due Diligence, resulting in the acceptnce of unsuitable applicants, whose subsequent criminal acts bring the program into disrepute.

(5) Lingering rumors that the most senior individuals in government have accepted large bribes and kickbacks, while the Integrity Commission magically gives all the suspects a clean bill of health..

Without true reform, Antigua will remain in both the economic, as well as political, doldrums, with no relief in sight, and with negative news dominating stories from the island.
Posted by Kenneth Rijock at Thursday, May 31, 2018