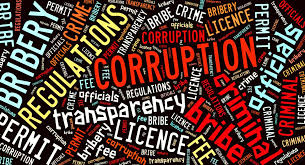 Peter Singh Virdee, the British Mayfair property tycoon accused of multi-million Pound VAT fraud, secretly recorded telephone calls he made to government officials in Antigua and Barbuda, and St Kitts and Nevis, according to a scandal that appeared in major London media this week. The individuals so implicated are at the ministerial, and even premiership, level.

While only a small sample of the transcripts of the calls that Virdee had with specific corrupt Caribbean politicians have appeared in the British press, the content of those expletive-laden conversations is both blunt, and brutal. One politician demanded a £2m bribe, and a car for his mother. Another wanted Virdee to pay a large portion of the cost of a contract that was to be awarded to Virdee's company. One wanted Virdee to cover the entire cost of a dinner for the prime minister's large entourage, while another demanded an expensive timepiece for himself.

There are often allegations of corruption, when it comes to politicians from the East Caribbean states but recorded conversations, that direct implicate the guilty parties, are damning, and could result in forced resignations, or a catastrophic loss at reelection time, for those government officials named, or to be named later. One must assume that Virdee made a large number of recordings, and that the list of individuals who are on those tapes is a long one. Will these tapes ultimately bring down a government ?