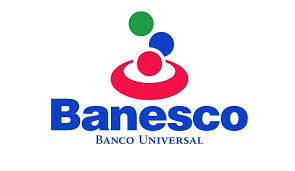 The Attorney General of Venezuela, Tarek William Saab, has arrested all eleven directors of Banesco, Banco Universal, CA, the country's largest private bank, and assumed administration of the bank for a period of 90 days, due to allegations of currency manipulation affecting the value of the national currency, the Bolivar.

A total of 134 individuals are said to have been arrested in the scandal, and another 394 reportedly have arrest warants issued against them. The bank's owner, Juan Carlos Escotet, has stated that he will be returning to Venezuela, from Spain, to assume the functions of the bank's presidency, due to the CEO's arrest.

Major media is not naming the directors under arrest, so we are listing them here for the benefit of compliance officers in other countries, who should promptly inquire as to whether they are maintaining accounts with the financial institutions that they supervise. Plese note that Banesco has a branch in the Republic of Panama, as well as one in the United States (Florida).

In addition to currency manipulation, the bank directors have been accused of illegally transporting bulk cash currency out of the country, in furtherance of the currency manipulation scheme. Assuming that the type of currency being smuggled abroad was US Dollars, as the Bolivar is nearly worthless on the international market (current value 1 Dollar = 64,8811 Bolivars at unofficial rate), there may be violations of state and federal money laundering laws in the United States.

1300 bank accounts have reportedly been blocked for suspicious activity; over 1000 of the are located with Banesco. Currency manipulation, using US Dollars, has been a major activity of Venezuelan broker-dealers for many years, and has provided obscenely high returns for those individuals fortunate enough to hold dollars to trade.
Posted by Kenneth Rijock at Friday, May 04, 2018