ALERT FOR LARGE GULF PURCHASES OF DOLLARS, IN AFTERMATH OF RIAL CRASH IN IRAN 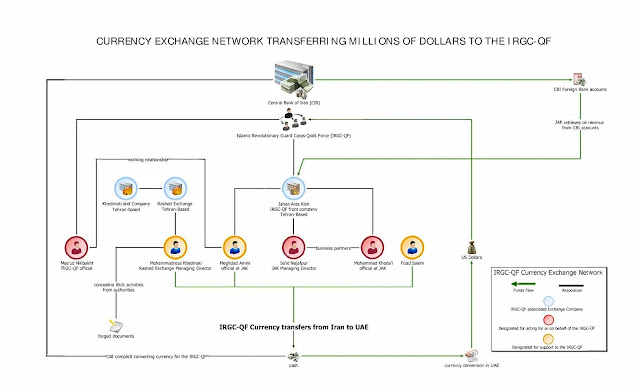 This week's sanctions actions by the United States, as pictured above, may have compounded the financial woes in Iran; the Rial is in free fall, notwithstanding major efforts by the government in Tehran to rein in the purchases of US Dollars and Euros. The US withdrawal from the Iran WMD treaty may have also contributed to the drastic drop in the value of Iran's currency in foreign exchange.

Statistics from the region confirm a 30%-40% fall in the value of the Rial, and a high demand for gold. If you are a compliance officer at an international bank that has correspondents in the Persian Gulf, be alert for a demand for a large amount of US currency, in large denominations, especially from the United Arab Emirates, which has a large Iranian expat community. There may be a concerted effort to bulk cash smuggle large amounts of dollars into Iran, due to the increase in demand, and the lure of easy money for the traders lucky enough to hold dollars.