WHY ARE THERE SO MANY FRAUDULENT HSBC FINANCIAL INSTRUMENTS ? 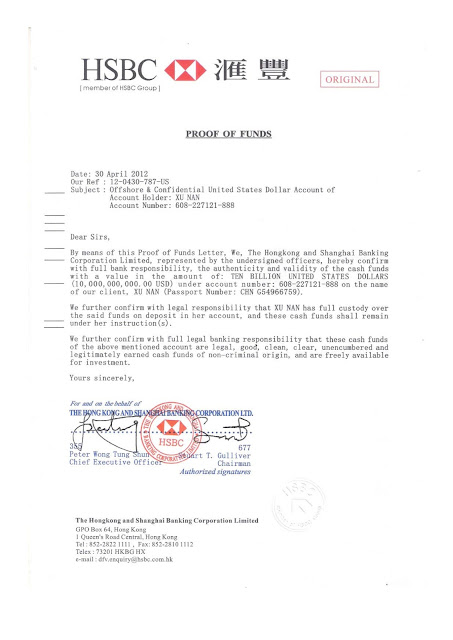 When you are one of the biggest financial institutions in the world, you have to expect you will be the target of fraudsters of every type and class, but there are so many obviously counterfeit HSBC financial instruments out there, particularly in East Asia, that one must ask the question : Who is drafting all these bogus documents ? 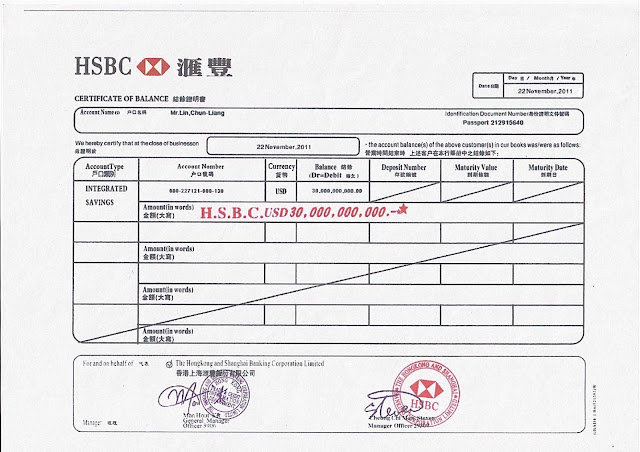 Either there are some HSBC alumni who left their employ with copies of a boatload of documents, or possibly some Asian oganized crime syndicates have placed their members inside the bank, to covertly and illegally remove samples. 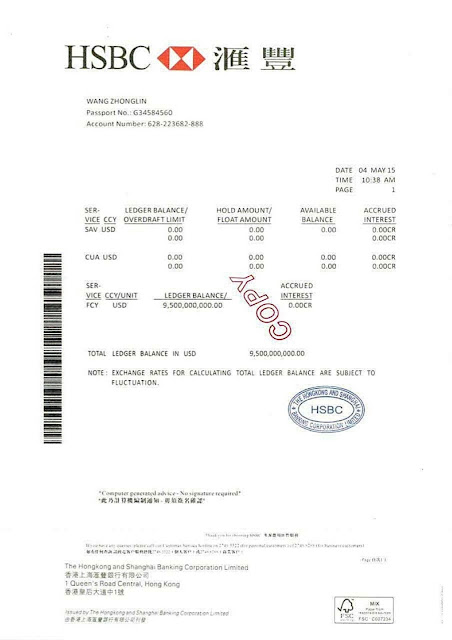 Fraudsters seek out private investors and lenders, and use their bogus evidence of assets at HSBC to borrow funds, which are never repaid. There are reports that some East Asian banks have actually granted loans on such counterfeit documents, without confirming balances with HSBC. We hope the bank is collecting these bogus documents, so that it can respond to inquiries. I have seen hundreds and suspect that the true number of counterfeits being used is in the thousands.