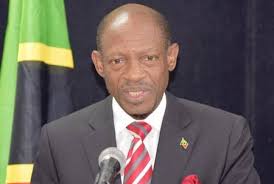 There has been much talk, in the five East Caribbean states operating a Citiznenship by Investment (CBI) program, about reform, especially regarding the need to perform Enhanced Due Diligence upon all applicants, and lookbacks upon all existing CBI passport holders. For those prime ministers in those countries, you only need look back to see what could happen to your own coveted US visa, shouls you fail to implement  those reforms forthwith.

When the elected leaders of St Kitts & Nevis failed to clean up the many flaws in their CBI program, after a number of official complaints were lodged by the American Secretary of State, John Kerry, the US cancelled the US visa of the then St Kitts Prime Minister, Denzil Douglas. Additionally, FinCEN issued its now notorious Advisory, warning the financial world about US concerns regarding all St Kitts CBI passports. The lesson; there are consequences if you ignore your international compliance responsibilities, after you are duly warned by Uncle Sam. Your prime minister might lose the right to shop in Miami or New York, and your voters will quickly tire of their long trips to the US Embassy in Barbados, while applying for visas, and of you as their elected leader.

Even after Mr. Douglas left office, in 2015, the United States has declined to reisue or reinstate his visa to enter the country, though we know that Douglas has requested his visa, as a private citizen. Also, Canada imposed visa entry requirements for all St Kitts passport holders.

For those CBI jurisdictions who keep repeating that the United States does not impose any sanctions for their continued failure to implement significant reforms, ask Denzil Douglas, who has not been in America for seveal years, and ask those Kittitian businessmen who must buy goods and equipment in repeated buying trips to the US, and now need submit to the tedious visa application process. We trust this has been instructive to the five sitting prime ministers in the EC CBI states.