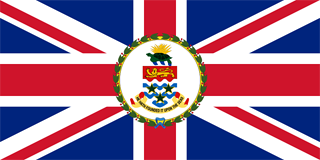 The Premier of the Cayman Islands, Alden McLaughlin, has stated that he intends to seek relief through the courts, on constitutional grounds, rather than comply with the recent UK legislation mandating the creation of a public register of beneficial ownership of corporations of British Overseas Territories. He asserts that the United Kingdom is bound by Caymanian local autonomy, which presently exist by constitutional fiat.

The Prime Minister also indicated that he believes the Cayman Islands is not yet ready for independence, which could be an option if corporate secrecy is deemed to be a feature of Cayman companies that should not be abolished, though that same local autonomy that he prizes has resulted in a local governmental structure which appears to be more than capable of operating an an independent state. Many East Caribbean states do not have anywhere near the infrastructure that the Cayman Islands has, but are conducting adequate government business as free and independent nations. Perhaps Caymanians might want to seriously think about the benefits of casting off the last vestiges of British colonialism, if they wish to maintain their policy of corporate confidentiality.

It is troubling that the premier noted that his government is planning a "sustained" legal campaign, for that might be perceived as a purely dilatory action, and not one with legal merit, and which action could have negative consequences, in the international financial community, as well among those British Overseas Territories that comply with the law, and issue public registers of their beneficial owners.

North American financial professionals and attorneys might also choose to steer clear of recommending, or employing, Cayman corporations when serving their clientele, and bank compliance officers may increase risk levels, or decline to accept Cayman companies altogether. We canot say whether there will be unintended consequences, but it is important that Cayman financial service companies should be aware that they could occur.

We are, without qualification, in favor of total and complete, universal, corporate transparancy of ownership, for all jurisdictions, and trust it will eventually become reality.
Posted by Kenneth Rijock at Wednesday, May 09, 2018