WHAT HAPPENED TO THE IRANIAN BANKER WHO WAS A PARTNER IN THE IRAN OIL-FOR-GOLD BILLION DOLLAR SANCTIONS SCHEME ?


In addition to the questions raised about the current whereabouts of Alireza Monfared, the suspected Iranian intelligence agent with the Dominica diplomatic passport, there is another mystery still unsolved in the Iran oil-for-gold sanctions evasion scandal: where is the Iranian banker, Mohammad Reza Rajaie'h ? He was identified by the Government of Iran as one of the partners of Reza Zarrab, Babak Zanjani and others implicated in the massive billion dollar scheme to evade international sanctions against Iranian oil, and who stole from the proceeds of oil sales. Please refer to our 2014 article for further details. 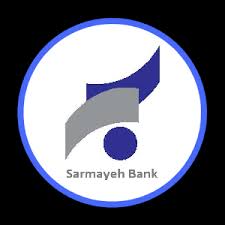 Rajaie'h was the Managing Director and Vice Chariman of the Board of Directors of Sarmayeh Bank, an Iranian financial institution said to have been involved in the scheme. I can find no reference to his detention, (though it must be presumed, due to his name showing up in state-controlled media) trial, sentencing, or incarceration. Was he simply imprisoned, as we suspect happened to Monfared, when he was brought to Tehran by agents of Iran ? We cannot say; Evin Prison perhaps ?

Remember also that there are a number of additional partners in the Zarrab-Monfared-Zanjani venture, not in custody, living outside Iran. as they have offered to stop Zanjani's ordered execution by paying the  estimated $3bn that the gang allegedly stole from Iran.


Will we ever learn about what happened to Mohammad Reza Rajaie'h ? Perhaps he is sharing a cell with Monfared.
Posted by Kenneth Rijock at Monday, May 07, 2018