PALESTINIAN AUTHORITY SEEKING PASSPORTS IN VENEZUELA FOR ALL GOVERNMENT EMPLOYEES 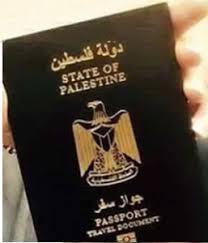 The Government of the Hashemite Kingdom of Jordan recently notified the Palestinian Authority that it will be cancelling all Jordanian passports held by West Bank Palestinian government employees. Since their so-called "State of Palestine" passports are only recognized as a travel and identification document, and are not generally valid for travel, outside of very few countries that will accept it, they have no document for international travel.

During his recent official visit to the Bolivarian Republic of Venezuela, PA President Mahmoud Abbas met privately with Venezuela's President Nicolas Maduro, and requested that his entire class of government employees and officials be granted Venezuelan passports. According to publicly available statistics, there are approximately 140,000 government employees working for the Palestinian Authority. Abbas wants them to all have usable passports.

While some may feel that the issuance of Venezuelan passports to Palestinians is not high risk, because the US & Canada require visas, anyone who acquires a Venezuelan passport has visa-free access to the countries of the European Union, and to all of South America. Translated to terms we can all understand, it means that individuals who are affiliated with Hamas and the Palestinian Islamic Jihad, with the proper alias on their Venezuelan passport, could easily gain entry, and thereafter conduct terrorist operations in Europe. This represents a clear and present danger.

If someone shows up at customs and immigration, in France, Germany or Italy, upon arrival on a flight from Jordan, with Venezuelan passport, but he speaks no Spanish, notwithstanding a Latin surname,  we hope that the officer detains that individual for further questioning, examines his baggage and inquires into the purpose of his visit. 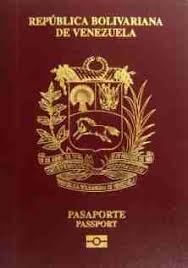 Palestinians are currently actively seeking Citizenship by Investment passports in the East Caribbean States of St Kitts & Nevis, Antigua & Barbuda, Dominica, Grenada and St Lucia. We trust that, once their place of birth is confirmed, they receive the same high-risk queries, to rule them out as possible terrorists.